We offer a relaxed no-pressure atmosphere and warm and engaging fellowship after every service.

We appreciate anyone seeking to join us in serving this wonderful downtown community.

We welcome you, whether you are newly exploring your faith or wishing to build your relationship with Jesus. 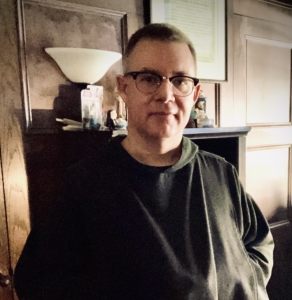 In the 1830’s pioneers, adventurers and entrepreneurs began arriving at the new town named Michigan City platted at the end of the Michigan Road. The new road starting at Madison, Indiana was fulfilling its purpose of encouraging settlers to move from southern Indiana into the scarcely populated northern part of the state. The land at the mouth of Trail Creek was purchased in 1830 by real estate speculator Isaac C. Elston as the site of his city. In 1832 there was only one cabin but by 1833 there were enough settlers to hold an election for a Justice of the Peace and to name a postmaster. The stage coach was running through the town 3 times each week bringing new residents. In 1834 Charles Cleaver stayed in the local tavern and wrote that in Michigan City, “The buildings consisted of one small brick tavern, a frame one opposite, a blacksmith shop, and half dozen houses built in, on, above and below the sand. It then contained about fifty inhabitants.” But, there was no church. With few people living in the area between Niles, Michigan, South Bend, Indiana and Michigan City there was a scarcity of….